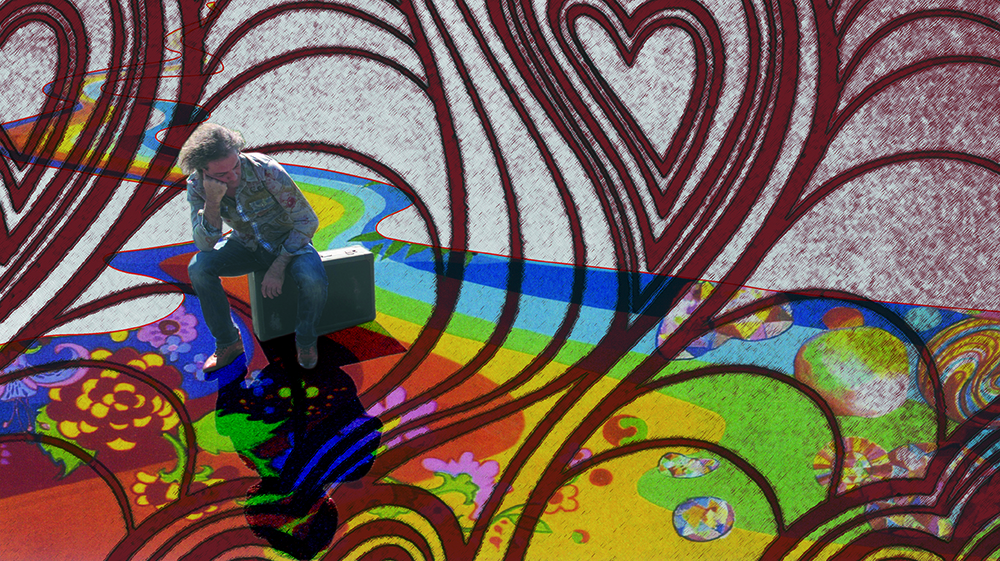 Here, unexpected, one more comet, located in the nervous system of the current word and image, among dreams, sirventes, and Dolce Stil Novo on one side, Joyce and Baudelaire, Proust and Van Gogh, Dante and Montaigne on the other one.

It is the exception: his name is Alessandro Squilloni, magnificent photographer of creativity, cause between heart and mind and spirit, searching for the image able to offer different ways of life, part of dreams, in a silent enthusiasm, in a desire of beauty and opening towards life. He describes a particular world, that he crosses as an adventurer of reality. His images are often anomalous; they live inside a line of demarcation between inward and informal, and the content emerges like something we are able to feel, rather than see. Alessandro’s artistic value ranges over a plurality of expressions all equally attributable to his infinite inner worlds, although the roots of his poetry sink in the research of the sign in photography. Sign which is investigated with mental participation without forgetting the inner emotional process; sign which is “caught”, since the initial datum derives from and refers to the visual culture, a face/epiphany, a situation that emerges as a ghostly apparition; but innate sign, the dissolution of shape in an explosion of light and colour which verifies and concludes artist’s visual pathway.

“The imaginary, always foregoing technique” emerges through colour, an attention towards voices, whose vibration is imperceptible, reminiscences of musical, visual sensations, memories’ flash-backs, Giverny’s water lilies as space nebulae. Alessandro entered the world of photograph already seduced by the research he had leaded according to his capabilities. He has always believed that naturalism can not be natural, that realism is not required to be realistic and that real is, easily, probable. Genuineness’ law forbids nothing and is never satisfied: it doesn’t believe that images must be transcribed, but reckons that they must be found in a free and intense development. It’s like an image that, maybe, is still not an image, a language that goes back to itself.

Nevertheless, images, whose seemingly aerial texture is sustained by a formally rigorous framework, evoke emotions and sensations connected to the dreamy world of his subconscious, typical of the American abstract expressionism rather than painting them; and in fact, visions actually tap into the American culture, and Squilloni’s artistic pathway is the result.

The photographic work “God Bless America” is a travel “inside” America, the one of the history of its institutions, of its symbols, of its myths: sediments in the unconscious in a long process of deposition emerge and are caught before names, places, faces, firm physiognomies taken from the traditional iconography, dissolve: caption often accompanies work, lyric story-line which emphasizes its latent poetry. The conceptual operation, made possible by a very personal use of the technique too, is very severe: image is deleted, denied, transformed into other dimension: the semantic sliding makes it become the registration of an oblivion rather than history’s deposit. The vital tension established among signs, spaces’ magmatic becoming confused, informal, or, sometimes, the emerging of the different prospective plans, ascribable to a formulation closer to abstractionism, readable with an effort of concentration that will be refunded by a feeling of deep beauty.

Strong and deep is the artistic collaboration with his partner and journey’s mate, Gianna Ciao Pointer, natural extension of his interiority.

Significant, during the years, are the letters of the President of the United States of America, Barack Obama, who talks about peace in the world, of Bill Clinton and Fidel Castro who, together, in the same volume, give their personal contribution pondering about life’s real sense.

Passionate virtual cosmonaut, seeker of new universes, he acknowledges that utopia is personal freedom’s last frontier. The metaphor of the “journey” marks the point of no return. Utopia, peace, love, always contained in his dreams, become the ideal and necessary  pursuance of his course.

In 1994 he presented, with an exhibition, the book “Cut Flowers, Flowers to be Sold” in the prestigious setting of the Gallery “Il Diaframma”, in Milan. The shows in Italy and abroad are several, often staged in very important galleries and cultural-historical venues. The most famous photo newspapers have interested in his masterpieces.

The Swedish magazine “Forum Hasselblad”, published his images and, at the same time, the author has been selected, together with other international artist, for a multivision itinerant screening all over the world.

The photographic collection “H24” is an experiment that Squilloni approaches for the first time: on tiptoe, he moves forward along the aisles and wards  of Volterra’s psychiatric hospital full of bright memories today more than ever, hanged to walls like ivy, penetrated in the soul of who has lived as lunatic among lunatics. Careful observer of the “non-dissimilarity”, the artist wears internees’ clothes, taking part to any experience, any emotion. On a razor’s edge, madness and reality become a unique being: we are all deranged in our normality, dissimilarity forges the essence of each of us. Between black and white, through an ascending climax, the psychological pressure generates and explosion of questions, soothed by the steady conquer of a universe alienated from all.

At some point in the life of the artist, patafisica becomes the uncontrollable science that is masterful in the next volume, “Inside”, where every attempt at injury collapses: the essential is to always question, generating question marks and destroying the univocal vision of things, seen from countless different points of observation, ideas and bare photographic associations, devoid of any prejudice.

Not by chance, even in the next “Short stories” protographic work, any form of perceived conditional reality, as it appears in the eyes of the observer, crushes under the rebellion of young people living underground cities in the world, looking for a rival on the all filters and preconceptions that hurt any ink in the skin of which they are dressed.

Son of Tuscany, touched by Provence, he is an extremely moving character, whose eyes are full of lyric roads, among diverged ages, aware of the difficulties of injecting these ages into another one.

He lives his essence of being a man and an artist with much discretion, his photos are among the few that are beyond time.

Maybe his images are so mysterious, although touched by noblesse, because of this feature.